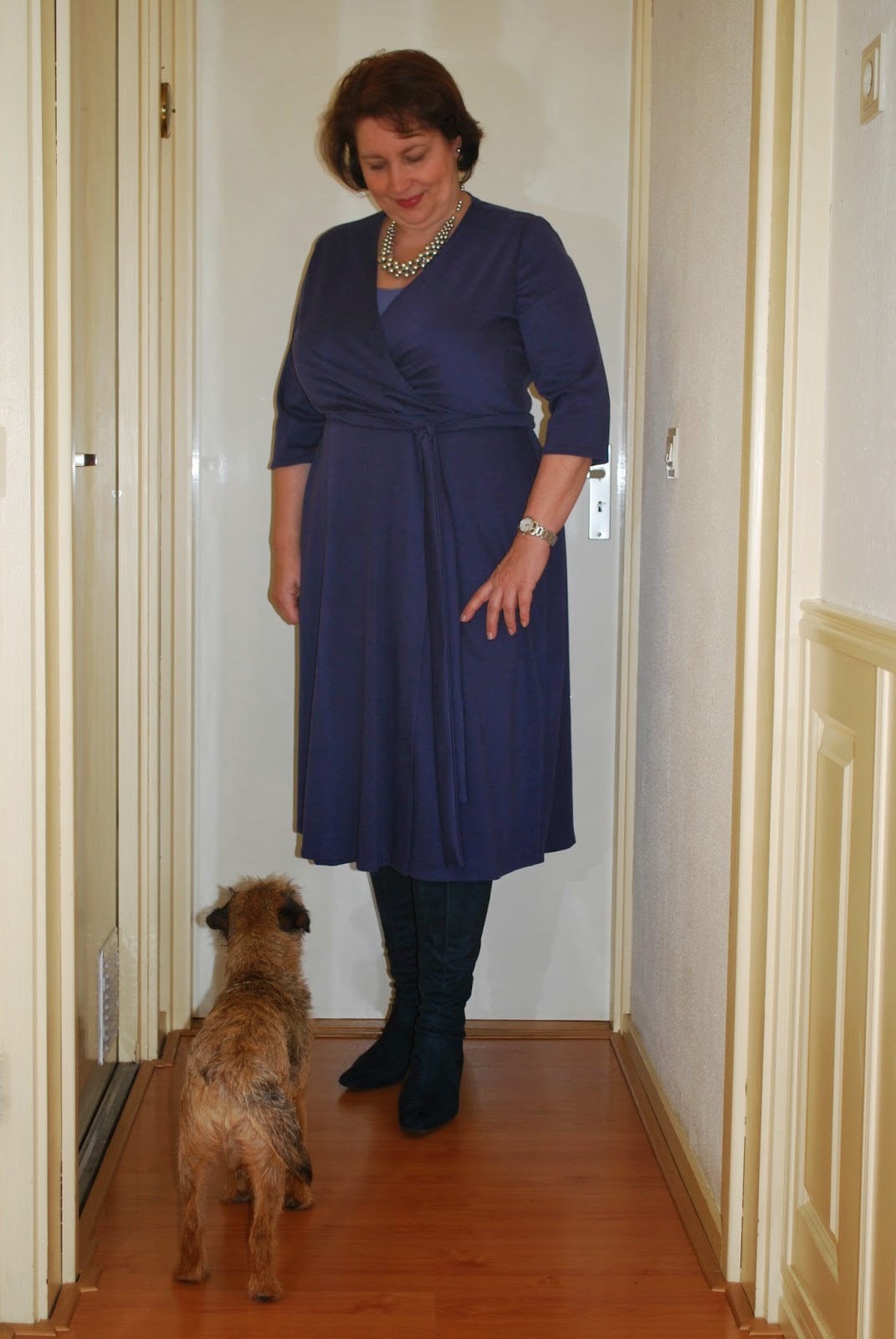 Vogue 8379 is finished, and just like the furry assistent I don't really know what to think of it. It was an easy make with some little adjustments. The shoulders were a bit too wide, I took out 1,5 cm before putting in the sleeves. I took out some of the fulness of the skirt and lengthened it by 15 cm, aiming for the top of my boots. 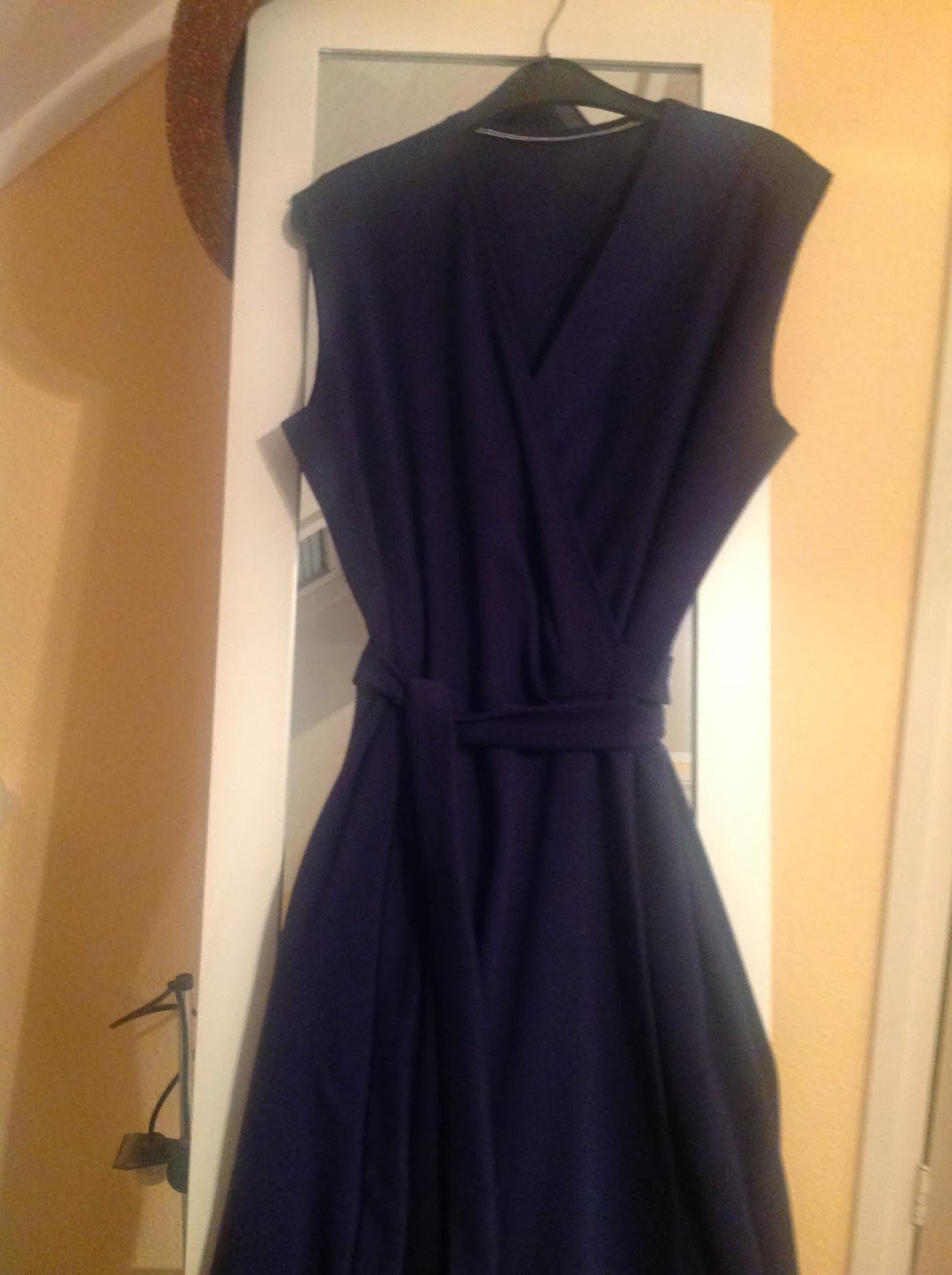 A (badly lighted) picture from the sewing room which shows the pattern's potential for a sleeveless summer dress.

I omitted the facings and instead used some fusible tape and turned the sides under. I added a small gingham ribbon to stabilize the back neckline and the shoulders and used the rest of the ribbon to make hanging loops. 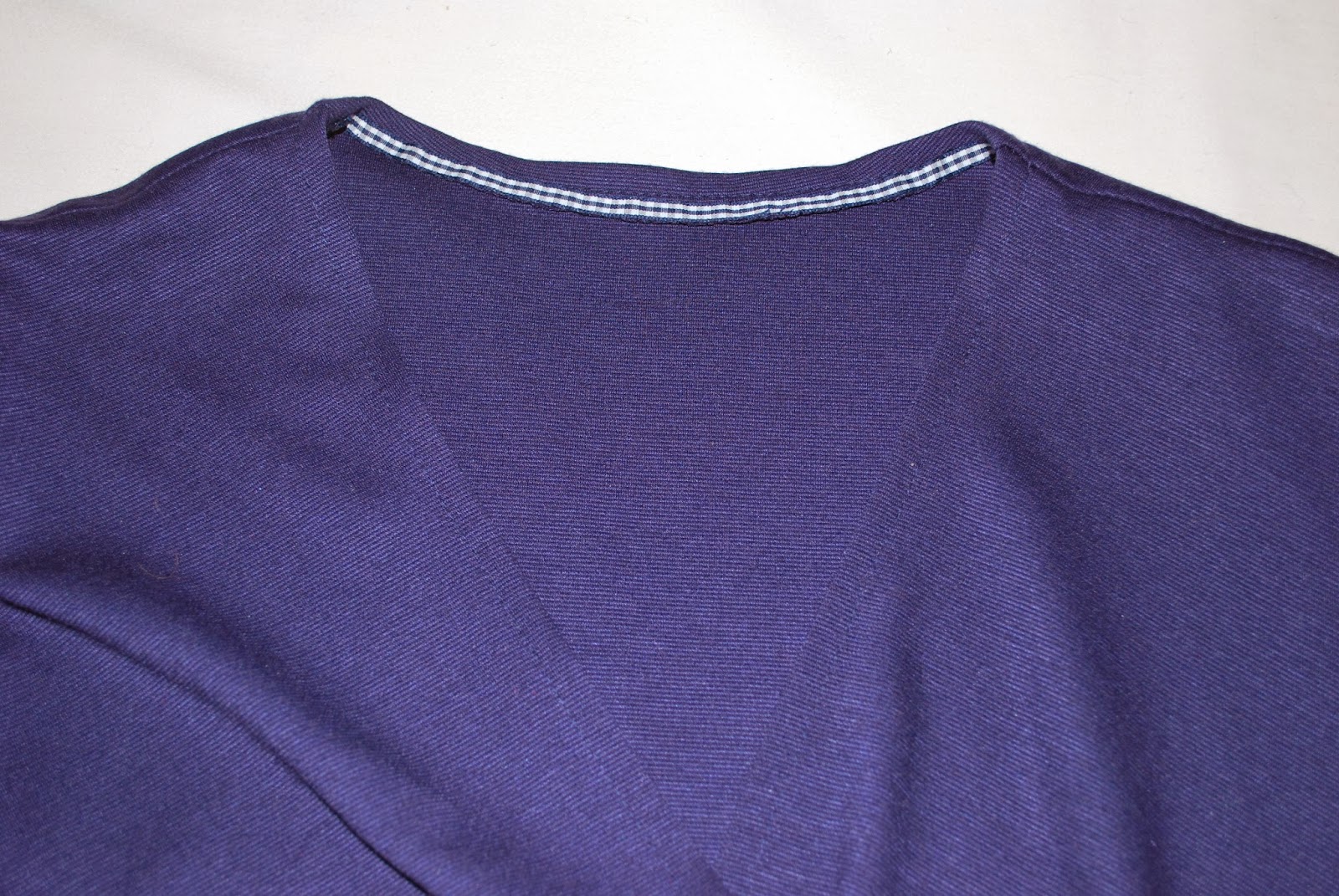 What more is there to say? It's a very classic dress, bordering on boring. As I wrote in an earlier post, my intention was to make this dress in a very rich purple. Perhaps that would have provided the wow-factor it is now lacking.

On to the next sewing adventure that hopefully results in a bigger smile!

EDIT: After receiving lots of positive feedback, in the comments, by mail and in real life, I think I've been to hard on this poor dress. 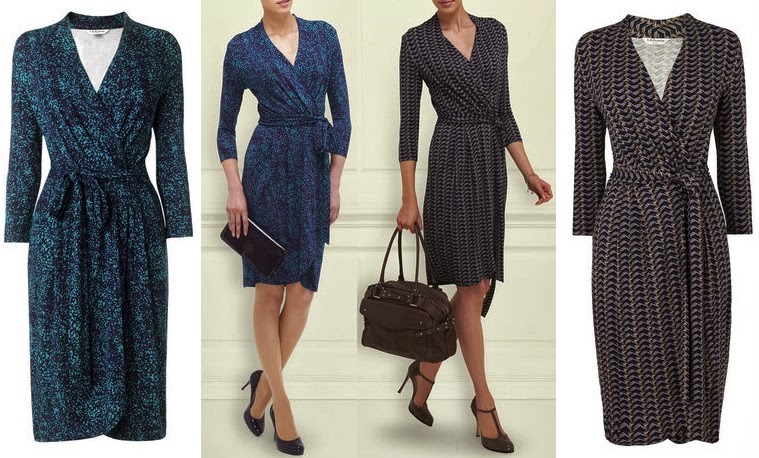 After seeing these pictures of a 300 euro LK Bennett dress I am even considering a second make with a slightly shorter and straighter skirt, and maybe in a print resembling the one used for the dress on the right.