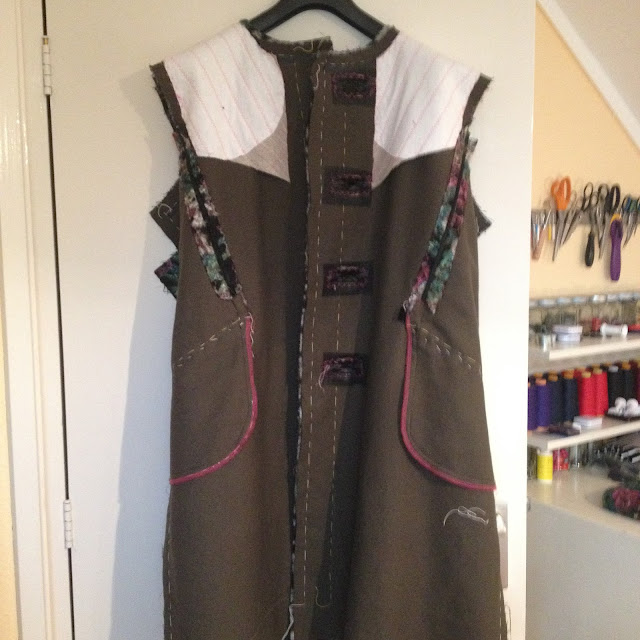 Warning: messy coat guts! When I started planning my winter coat a lot of thought went into choosing underlining, interfacing and experimenting with horsehair canvas, silk organza and wool for sleeveheads.

I've made many coats and jackets over the years and I've always found deciding on the amount of inner structure one of the most challenging parts. Most of the time things went well, but occasionally I produced a jacket with floppy lapels, coats with overly stiff facings and I'm known for adding just one more extra layer of interlining to winter coats. 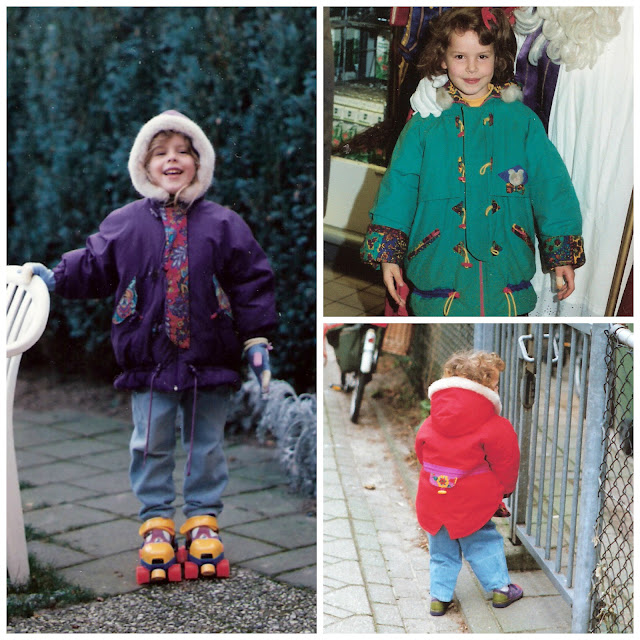 My kids never froze but they often had to break in their new coats. During the first weeks of use their arms were locked in a 45 degree angle ;)

This autumn I devoured Thomas von Nordheim's Vintage Couture Tailoring book, watched all tailoring classes by Allison Smith on Craftsy and enrolled in an Inner Structure workshop at the Master Tailor Institute in Amsterdam. A game changing experience that deserves its own post.

The pattern instruction for my coat just called for fusible interfacing for the facings and under collar (standard routine for Knipmode patterns) Without following any strict tailoring rules I added a lot of extra structure. It started with a soft cotton underlining. The perfect base for catch stitching seam allowances and hems . 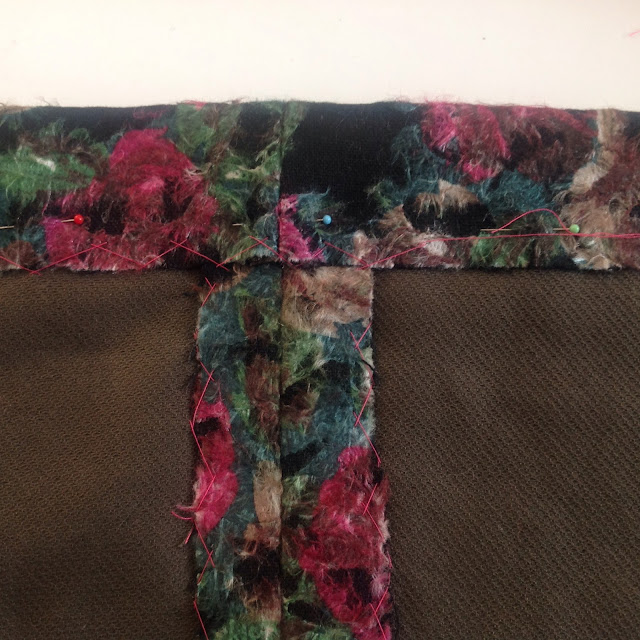 A flannel back stay, just for the fun of it. 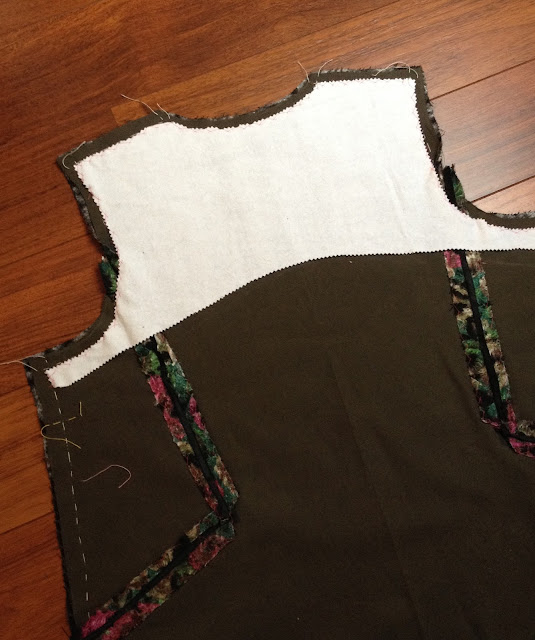 On the front I added a bias cut horsehair canvas chest plate and a flannel shoulder piece. It helped smoothing out the hollow curve between my shoulder and bust. 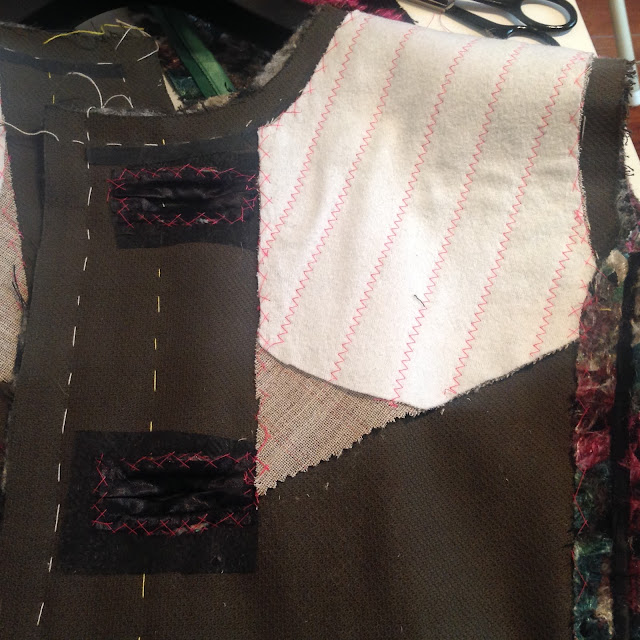 The bound buttonholes and inset corners were reinforced with fusible interfacing.

For the collar I replaced the underlining with silk organza, thus adding firmness, but no extra bulk. 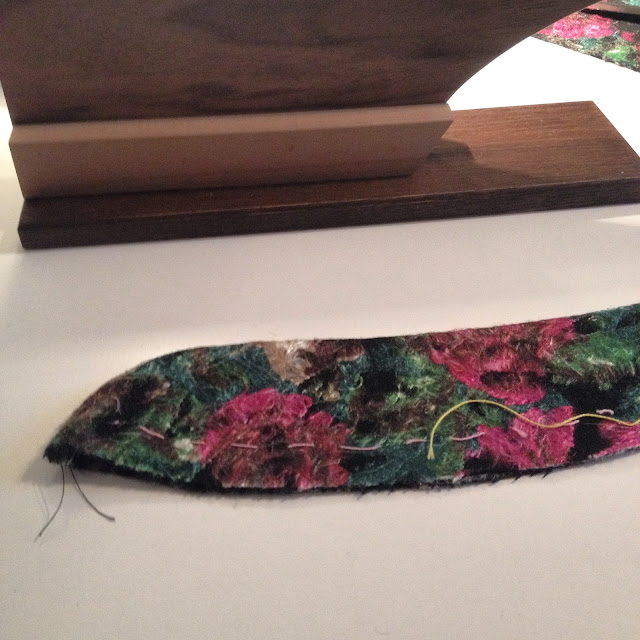 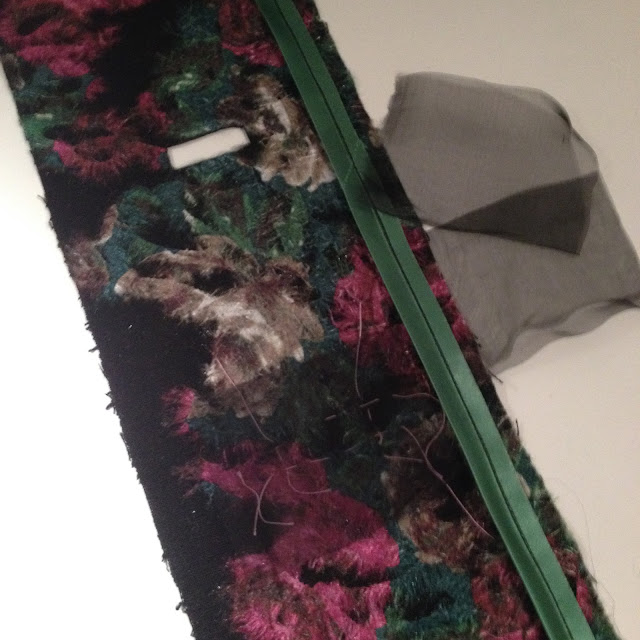 I made my own shoulder pads but forgot to take a picture before the lining was in. I used a piece of fluffy wool to support the sleeve head but ripped it out later. It was just too much.

I added lightweight (bias cut) sew in interfacing to hem and sleeve hems of the outer shell, pressed and catch stitched the hems to the underlining. I'm not a fan of bagging a lining, to put it mildly. I love to have extra width as well as extra length in my lining. It's comfortable, the lining will last longer as there is less strain and, most importantly,  there will be no pulling at the hemline. 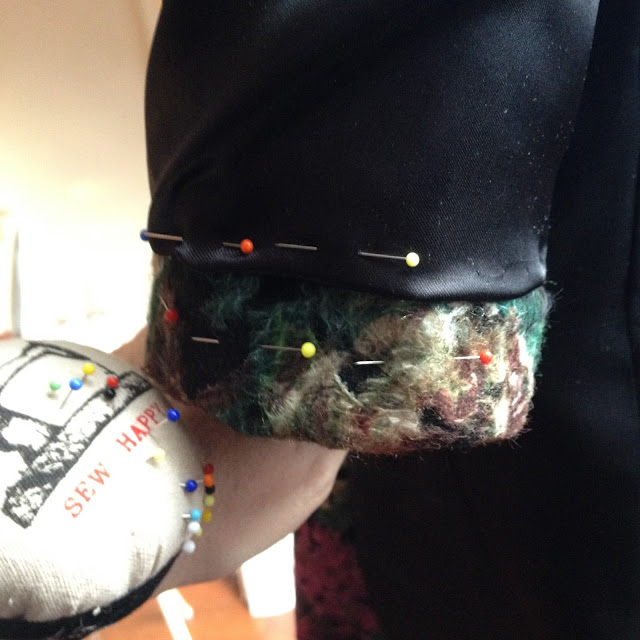 The bottom row of pins is where I first pinned the lining hem. Then I removed pin by pin and place the lining just a little bit higher (about 1-2 cm upwards). Slipstitch the lining in place and press the extra length downwards. 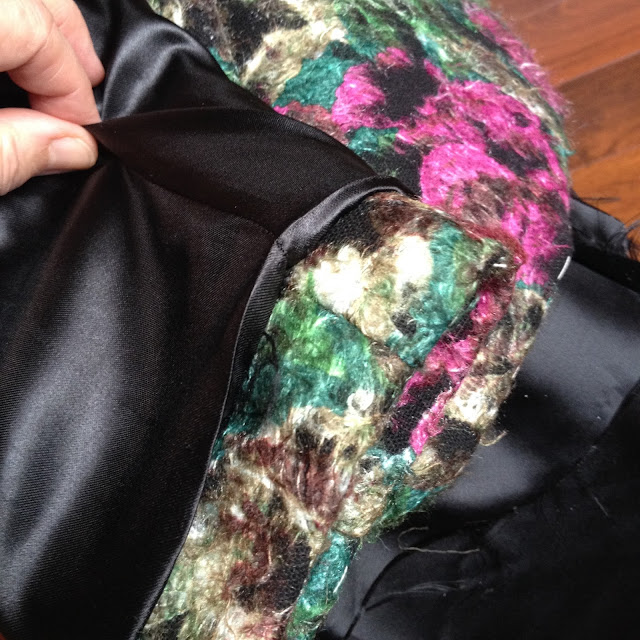 The stitches are hidden under the small pleat. It may look like a bit of extra work, but so worth it as it saves you from replacing torn linings later on.

My coat is finished, but I call it a day. I just had a root canal treatment and I'm pretty sure you don't want to see my grumpy face while modelling my new coat.
Will be back soon with the pics! 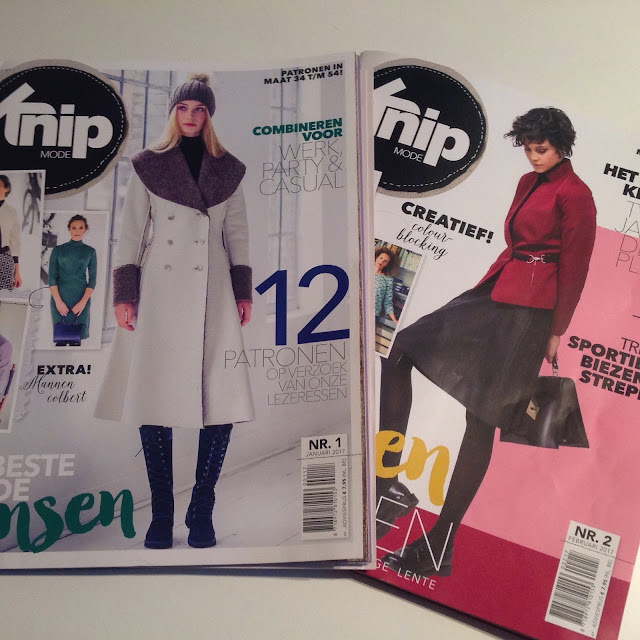 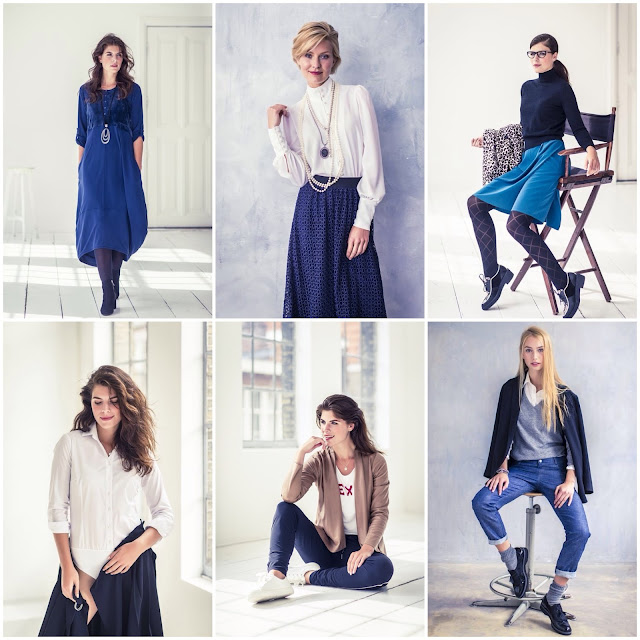 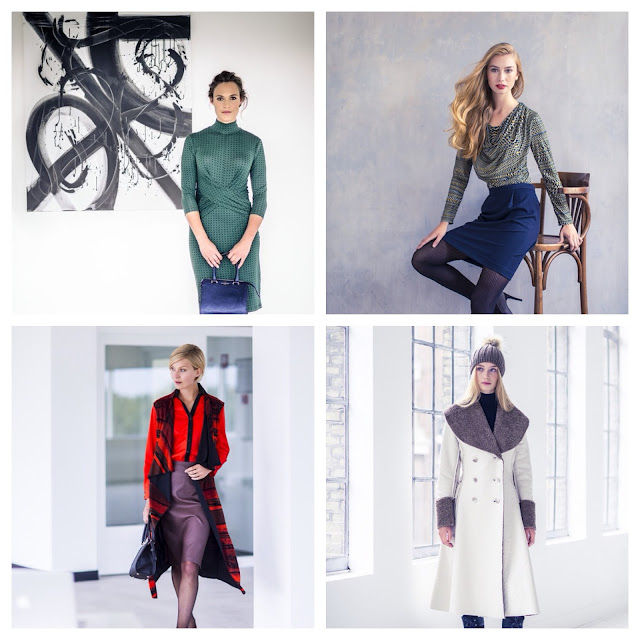 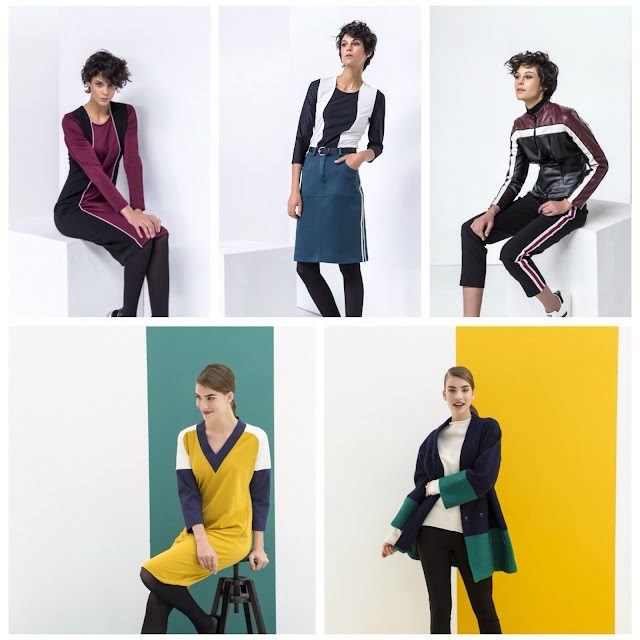 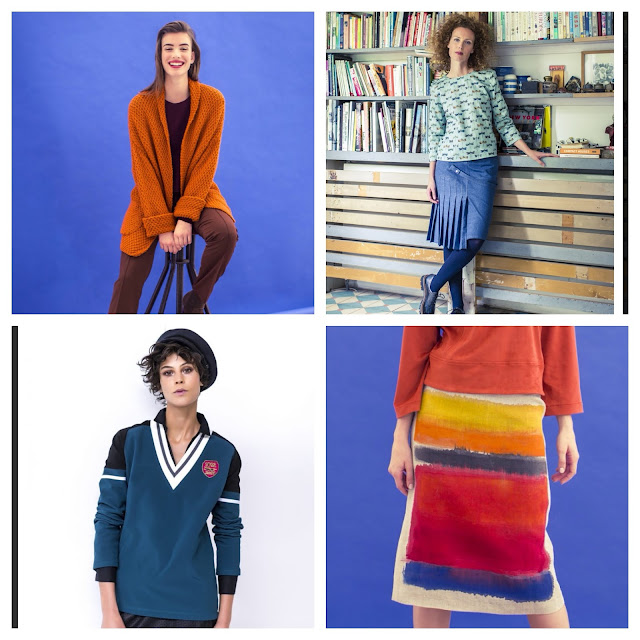 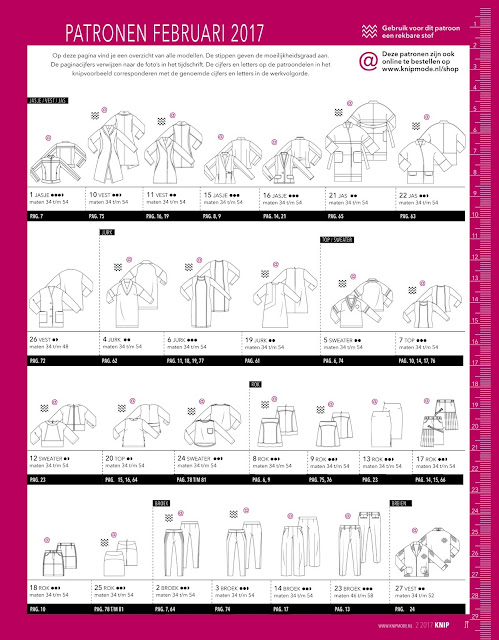 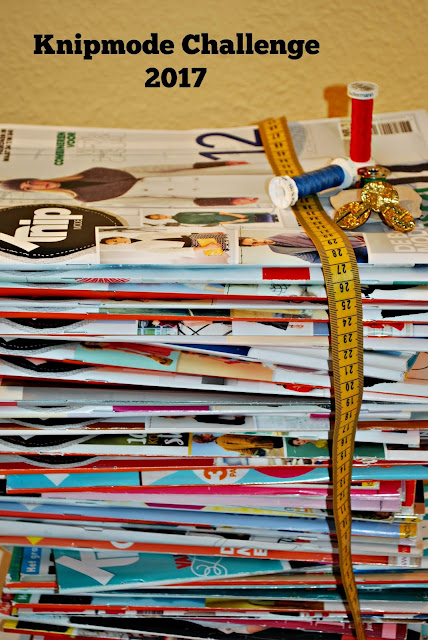 Happy New Year to you all!

A few years ago I embraced the 'no rules'-policy for my sewing. Rules, restrictions and deadlines are part of my working life. Sewing is my creative outlet and my creativity thrives on freedom and flexibility. Guilt free fabric buying and stress free sewing was my new motto!

The downside of sewing at this very relaxed pace was of course the lower output. Last year I made 7 tops, 3 dresses, 1 jacket, 1 nightie and a skirt (not all blogged) 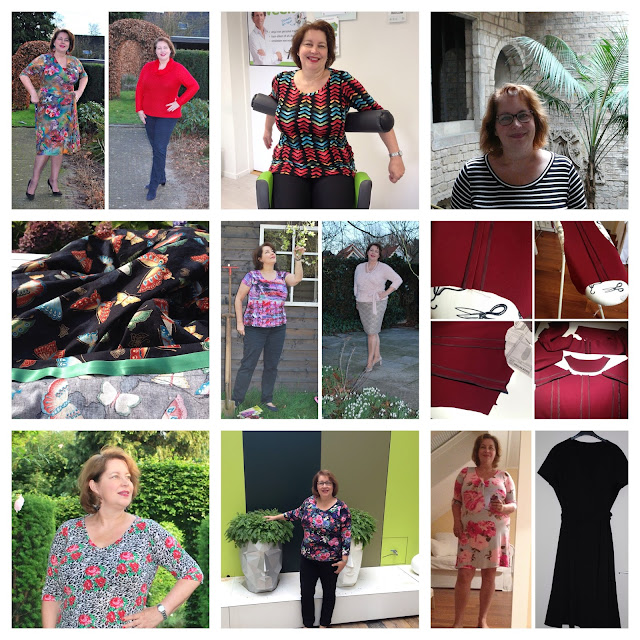 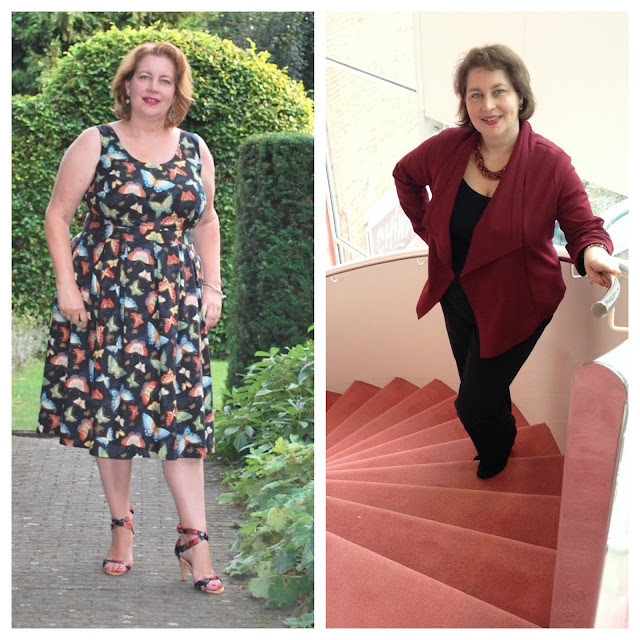 Top favourites were my Butterfly Cashmerette Upton dress for summer and the Vogue 1465 Donna Karan jacket for autumn and winter.

After three consecutive years of peaceful, slow sewing I feel it's time to find a new balance or else I might sew myself to sleep one of these days.
I noticed a few wardrobe gaps that really need to be filled, all the more reason to make a plan in order to increase my output. I still don't like sewing deadlines and it's highly unlikely I'll ever enter a sewing competion, or even a SWAP, but perhaps I could benefit from setting a few soft goals.

Just I was contemplating possible new goals I saw the announcement of Burda Challenge 2017 on the Pattern Review forum. First rule: no rules! Just use those magazines!
Interesting! The no rules-rule almost made me join instantly. Then I remembered just in time that 98% of my massive magazine archive is filled with Knipmode magazines.
Why not set myself a similar challenge?  A Knipmode Challenge 2017?

It's not that I want to turn this blog into Knipmode-only, far from that. There will always be new and shiny patterns to distract me and I love my growing collection of Vogue designer patterns way too much to set them aside. Not to mention that Chanel jacket that still needs to be finished. But as you could see in my previous post there are serious gems in that pattern collection that really deserve better than to end up in a pile of unused magazines. That stack in the top picture is only the tip of the iceberg!

Over the last few years I've enjoyed seeing Knipmode patterns being sewn in about every corner of the world.  I hope other Knipmode lovers will join me in this challenge. Surely I can't be the only one who thinks it's so inspirational to see these patterns on women with different shapes and sizes!

So without pinning myself down on fixed numbers (freedom & flexibility!) I'll use my Knipmode magazines and pdf patterns more often. I'll strive to make at least one pattern each month, either from the latest issue or the archives.  I'll share what I make here on the blog, on Instagram (@foxglovesandthimbles) and on Flickr, using the tag #KnipmodeChallenge2017

Please let me know if you'd like to join!