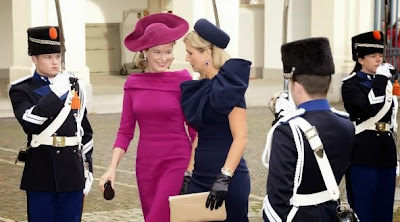 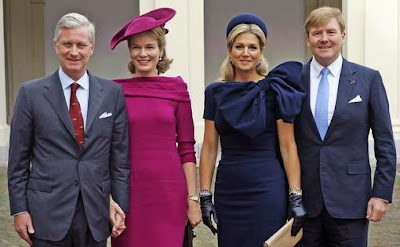 Taminiau also designed the famous Investiture gown and cape that Queen Maxima wore in April. The royal blue gown was made with a base of crepe and thin overlay of embroidered chiffon. 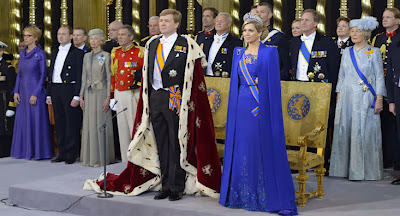 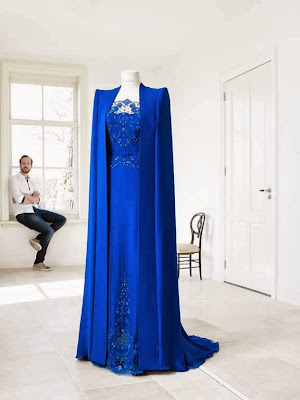 Later today, when the King and Queen met with Russian President Vladimir Putin in Moscow, Maxima was wearing a dark brown bow neck blouse. A girl can't have enough bows! 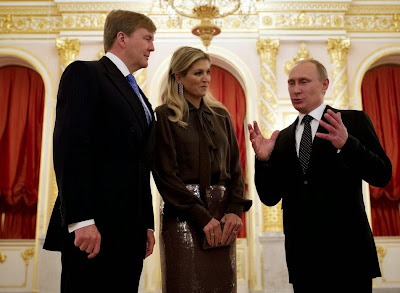 Another special dress that comes to mind when we're talking bows is the wedding dress of Mabel Wisse Smit. In 2004 she married the King's late brother Friso in a Viktor & Rolf dress, covered in bows. 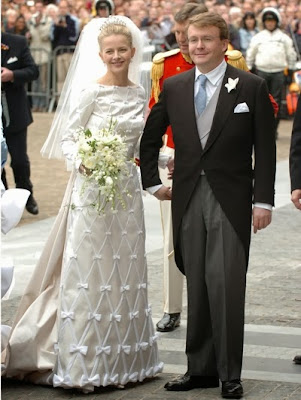 In a picture made from a high viewpoint in the church you can clearly see the signature bows of the famous Dutch design duo. 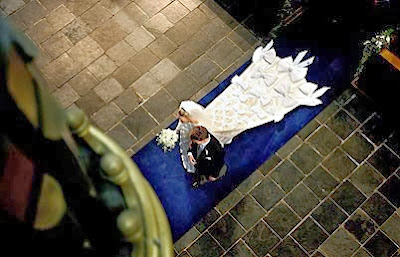 Prince Friso was in coma for a year and a half following an avalanche at an Austrian ski resort. At the Investiture of our new monarch Mabel was seen wearing a black dress, again by Viktor & Rolf. Part of the train of her wedding dress was used for the left sleeve, as a reference to her absent husband. Friso died last August and Mabel wore a shortened version of the dress to the Memorial Service. 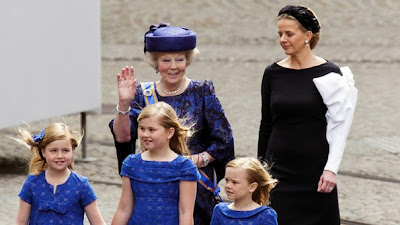 After these royal bows, happy, sad, big, small and oversized I'll finish this post with some over the top examples by Viktor & Rolf. 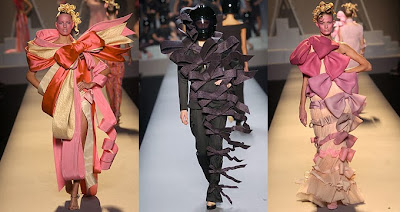