I made my clothes / I made my fabrics 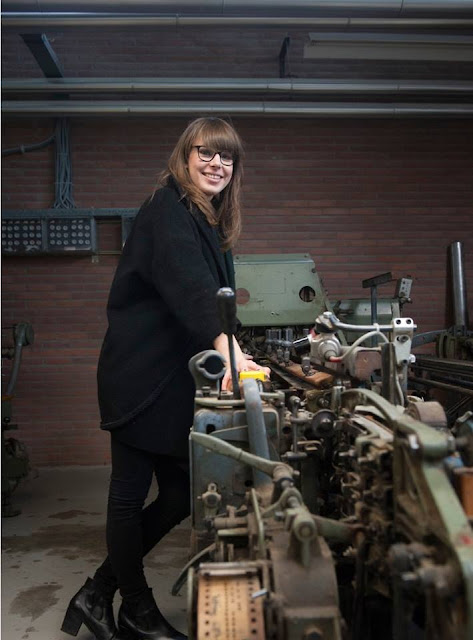 At the end of 2013 my youngest daughter quit her job as online marketeer to follow her dreams and make the world a better place. She founded Enschede Textielstad, an initiative to bring back textile industry to her home town Enschede. Last month she bought her first machines and she will soon be able to produce fair fabric from recycled threads. What better day than Earth Day (which happens to be her birthday as well) to share her amazing story.

In April 2013 the Rana Plaza collapse in Bangladesh made her ban fast fashion immediately. She did not want anyone to suffer on her behalf and she started making all her clothes as a protest against the terrible working conditions in the fashion industry. But she wanted to do more. She started asking herself who spun the threads and made the fabrics she now used. After doing some research she couldn't ignore the pictures of young children standing in polluted rivers while dyeing fabrics.
She wanted to raise awareness and initially thought about writing opinion pieces about the fashion industry. But people had already been doing that, and with little effect. In December 2013, during the long ride home from a business trip in Berlin she came up with a revolutionary plan. Enschede had been an important centre for the European textile industry until around 1970. The industry disappeared, but the knowledge was still there. Would it be possible to produce fabric again, locally and in an innovative and sustainable way? 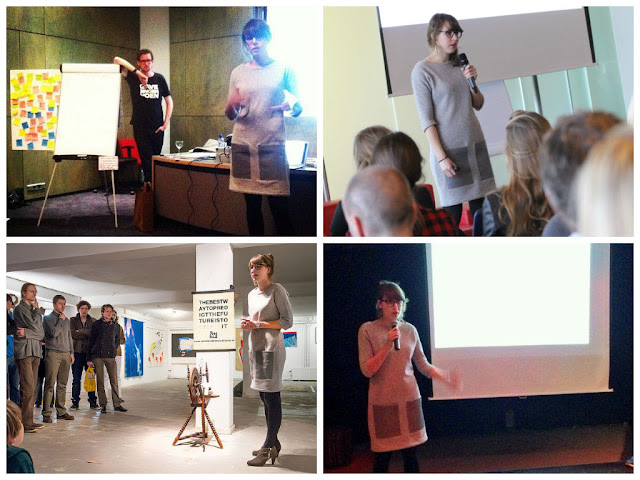 Her first pitch touched an open nerve in the community. Retired weavers offered to help her, entrepeneurs volunteered to coach her and local politicians were very interested. That's when she quit her job to be able to investigate the full potential of her plans.
She describes those first months as Eat. Sleep. Pitch. Repeat. The pictures show her during that period, always wearing her lucky pitch dress. Handmade, of course. On Wednesdays she had weaving lessons in the Enschede Textile Museum. Retired weaver Johan was more than happy to finally be able to pass on his knowledge to a new generation and under his guidance she soon produced her first dish cloth. 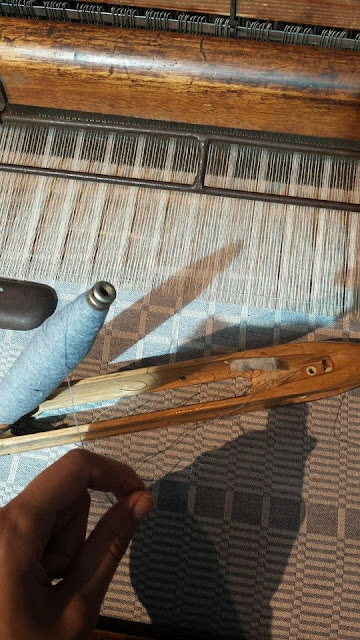 In the meantime she was earning a living by doing freelance jobs. She organized a congress, and she works on a freelance basis for Saxion University of Applied Sciences where, amongst other things, she organizes Tex Talks for the Fashion and Textile Technologies department.

It didn't take long before her plans attracted all sorts of media attention. 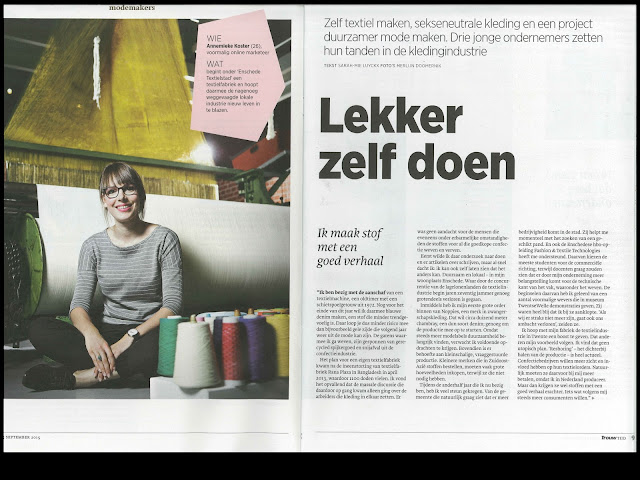 Newspaper interviews and television appearances for both local and national networks generated a lot of publicity and positive reactions, confirming she was really on to something. 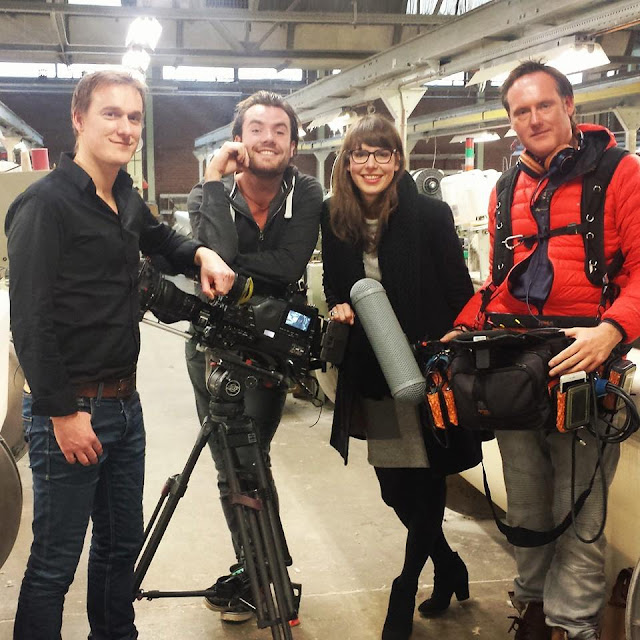 She was nominated for the VIVA400 list, a list of powerwomen who made a difference in 2015, in the category Wereldverbeteraars (do-gooders). 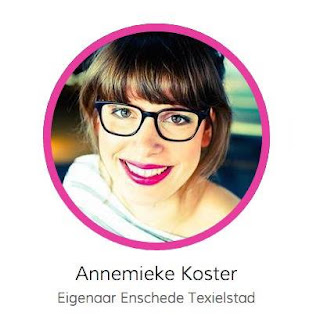 This girl always had a talent to bring people together, a talent she used well to realise her plans. She built bridges, connected entrepeneurs, politicians, scientists and educational institutes.
Enschede is the home of UTwente, a technical university that works in close collaboration with the business community, making the region a hotspot for innovative product development. A company in a nearby town is recycling jeans fibers, producing threads suitable for weaving. 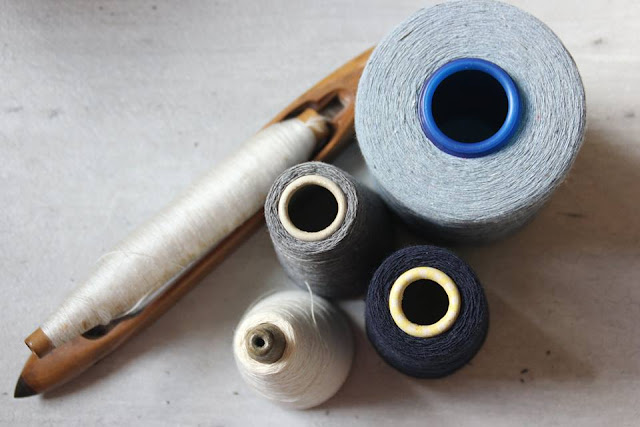 The first order for Enschede Textielstad rolled in: a manufaturer of maternity wear ordered 1000 meter chambray, made from these recycled threads.

Meanwhile the CEO had searched high and low for the right machines, helped by a team of retired weavers. She was looking for the type of loom her advisors new inside and out because they had worked with the machines before. Last month she used her hard earned savings and bought two Saurer W100 shuttle looms. Oldtimers, built in 1972 and found in a barn in Austria.

A very exciting moment! More pictures can be found in this gallery

Even the national news had an item about it :) 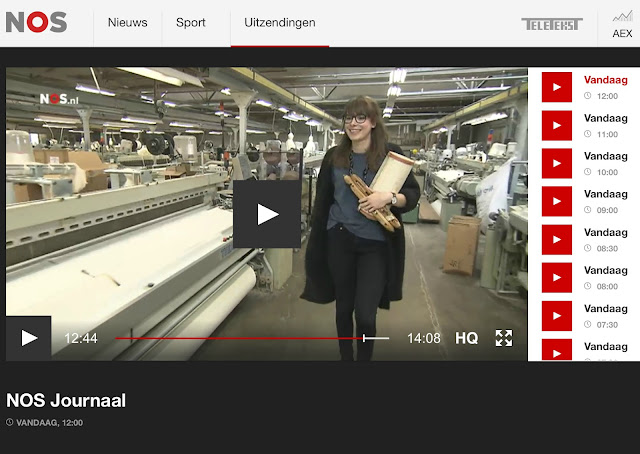 You can watch an item on regional television here, starting from 8.54 min. (in Dutch)

The machines need a good clean and the hunt for spare parts is on. Daughter and her very skilful and supportive boyfriend are working hard in their spare time to get them ready for action. 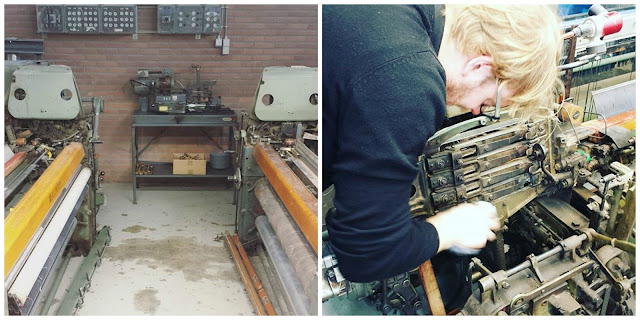 That's the story so far of a true Fashion Revolution hero, and the motto she lives by: 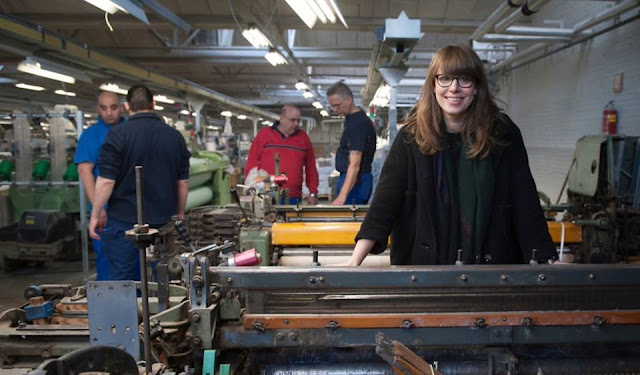