Earlier this year I made this Colette Sorbetto top. 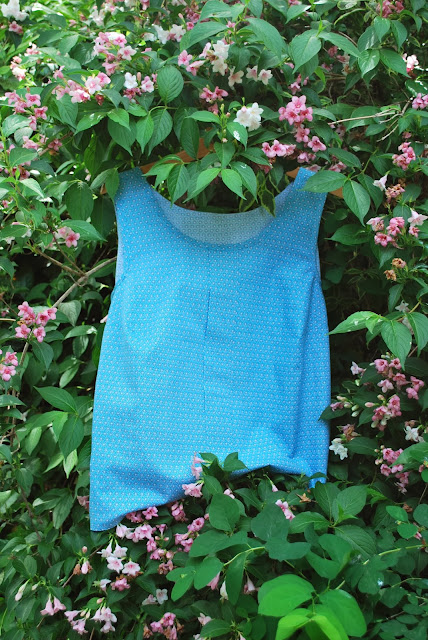 It started with some very soft cotton in a nice color and subtle flowery print. 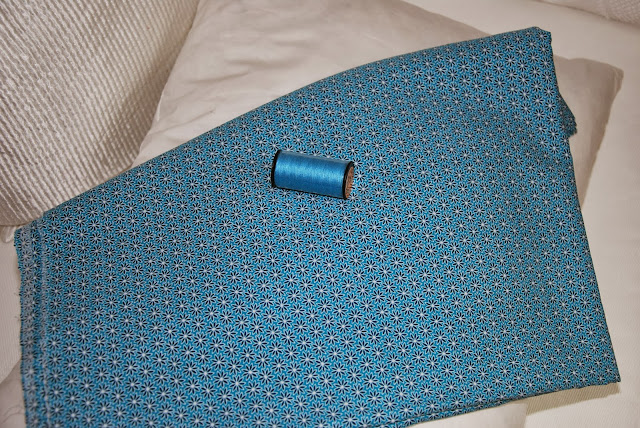 I picked the Sorbetto against better judgement. I knew this would not be the best shape on me, but I needed something simple to do some testruns. It was the first time I downloaded a pattern, I wanted to make a long overdue first full bust adjustment (FBA), had never sewn an indie pattern before and wanted to see if I could document this project for a future blog. With such a lot of 'firsts' I thought making a muslin would be a cunning plan. 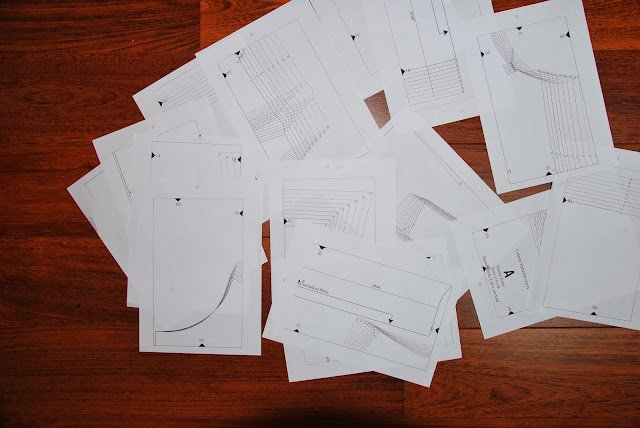 If this is what it takes to construct a pattern for something as simple as a Sorbetto top, do I wanna know what a downloadable trenchcoat looks like?? 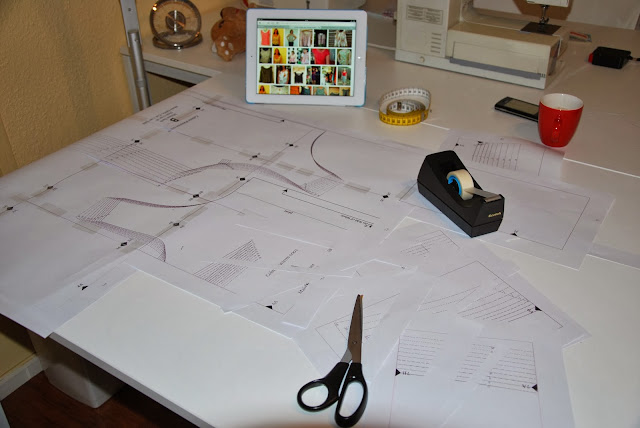 To keep my spirits up I put up the inspiration pictures on my iPad. "Look, everyone and their mother is making good looking Sorbetto's. Don't despair, you can do it. Keep calm, tape on!"
(Not much later I discovered this post by Heather B. on assembling pdf patterns. Changing from tape to glue made all the difference!)

Next up, a scary looking FBA. O joy. 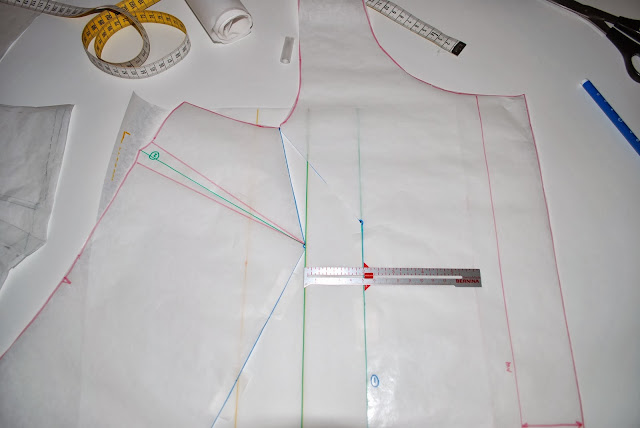 Succesful? Not so much. It took me some time to realize that, other than most fitting books tell us, there is not such thing as a 'one solution, helps all' FBA. Some people need extra length above the apex, others in the underbust curve. The next few nights I read FBA chapters in fitting books as my bedtime stories. On to muslin number two. Mind you, we're still talking Sorbetto. I did not even make more than one muslin for my wedding dress! 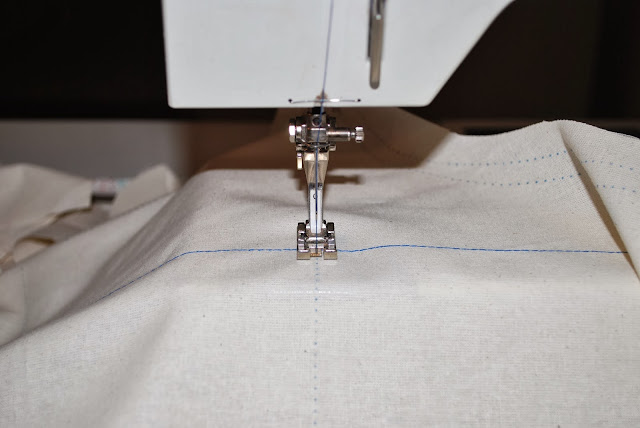 Muslin number two. I was prepared for some serious slashing and even stitched lengthwise and crosswise grain, better safe than sorry. Muslin number one had been beaten up beyond recognition, who knew what would be next? Surprise! The fit was much better. In fact, it was rather good.

Since I was already on my best behavior I made some neat French seams. 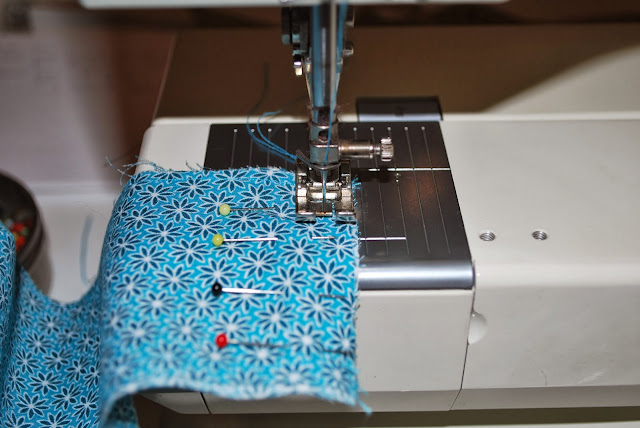 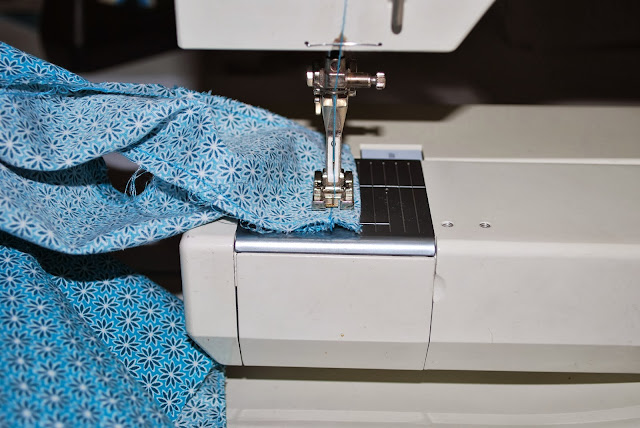 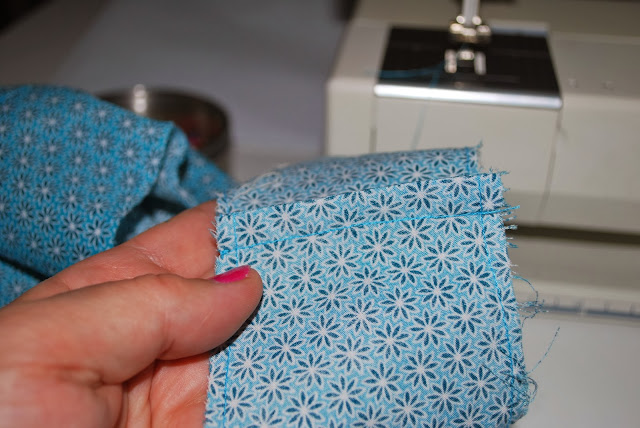 Made some bias type: 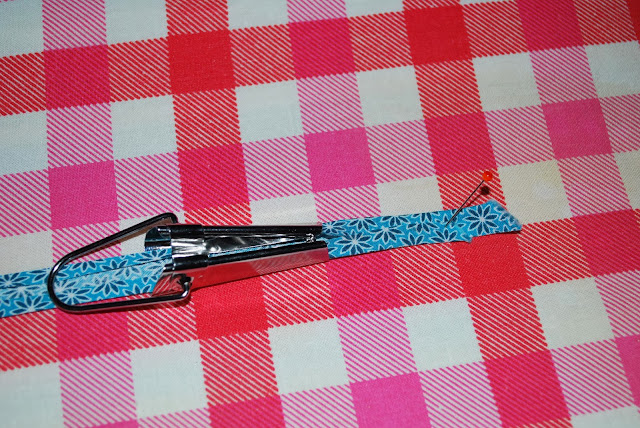 And then took it outside to pin the binding to the neckline and armscyes. From the look of those flowers it must have been a sunny day in late spring. (Edit: pictures were taken on May 31)

Sewing in the garden, just what I needed to get things into perspective.
So I made a Sorbetto. It looked good on the hanger, it looked ehhh....not too impressive on me. As was to be expected.
Did I care? Not really.
I learned a lot about FBA's and I liked the presentation and instructions of Colette Patterns so much that I later ordered the Negroni shirt for my husband (blogged here). O wow. Can you guess the best part of sewing for guys? NO FBA. Never. Ever.

I put the finished Sorbetto in my closet and it never saw daylight again.

EPILOGUE
This could be the sad end of a garment that was never really loved. Feeling blue and rejected in an overcrowded closet, the only way out being the bin. Somewhere deep down I must have felt guilty, cause last night I woke up with a possible rescue plan. This morning I immediately checked my leftover scraps. Could it work? Find out in the next episode of Sorbetto blues. Tomorrow, same place, same time.